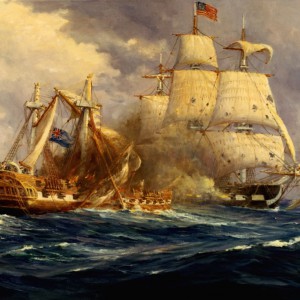 Two hundred years ago, the United States was engulfed in a war that had seen Washington, D.C. attacked and burned, and the nation’s independence seriously threatened. Today, few people remember who we were even fighting in that conflict — the War of 1812 — much less what we were fighting for. But despite its forgotten status, the War of 1812 was hugely influential in shaping the nation we live in today.

And so in this episode, we go beyond the trivia, and explore some of the war’s deeper legacies. We look at why the war loomed so large in novels and poems of the post-war years, how it redefined government policies toward American Indians, and why the conflict nearly led to a civil war within the U.S. Through it all, we set out to answer the most fundamental questions about the War of 1812: What did we win, what did we lose, and why should we care?