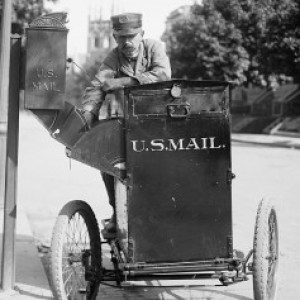 Between all the Christmas cards, Amazon orders, and letters to Santa, December is a big month for the U.S. Post Office. Because for the rest of the year, the USPS has become largely a conduit for bills and junk mail. But for more than 200 years, the Post Office played a central role in American life. Not only did it enable Americans to keep in touch with each other as they moved west in the middle of the 19th century, it also played a key role in the nation’s political development in the decades following the Revolution.

In this episode, we explore the rise—and fall—of the Post Office. From the origins of “direct mail” to the Pony Express; from frontier post offices to experiments with a missile delivery system, the Backstory hosts consider an American innovation that has unified the nation through rain, snow, sleet and hail.