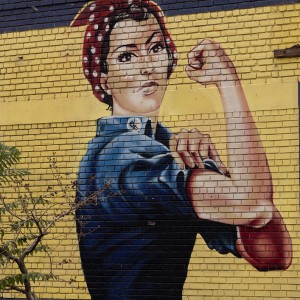 This time on BackStory, we look at women in the workforce, from 19th century domestic workers, to the Rosies of World War II, to the labs of Silicon Valley — where programming a computer was once very much a woman’s job. Find out how sexual harassment claims came into being, and why “protective” labor laws regarding women often amounted to discriminatory exclusion from certain jobs.