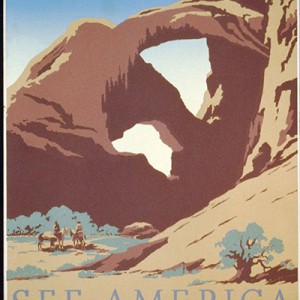 As summer winds down, millions of Americans are packing their bags and hitting the road. In this episode of BackStory, Peter, Ed and Brian explore the history of American tourism. We’ll hear how asylums and prisons were popular tourist destinations in the 19th century, and how the tiny community of Gettysburg, PA became a tourist town just days after the bloody battle. We’ll also look back on a western mountain resort that catered exclusively to black Americans during the era of segregated travel, and we’ll explore the links between tourism and the development of a national identity.