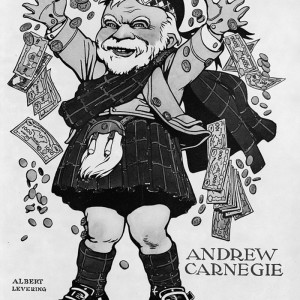 It’s been ten years since the collapse of Lehman Brothers shook the world’s economy. Today Ed, Nathan and Brian explore the iconic figure of the American Millionaire, telling the story of one of the first African American Millionaires, delving into the ambiguities around Andrew Carnegie’s philanthropy, and finding out that there is more to the board game Monopoly than just rolling the dice and passing “Go.”