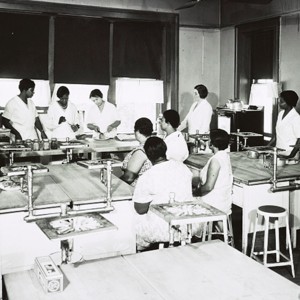 It’s the holidays — that time of the year when food is everywhere. So, Brian, Joanne, and Nathan sit down to discuss some of America’s many homegrown culinary traditions and what the food we eat says about American identity.

In this episode we talked to Pati Jinich of “Pati’s Mexican Kitchen.” Find her recipe for Chilorio Burritas (and more) on her website. We also talked about Maida Heatter’s “Best Damn Lemon Cake.” Learn more about Heatter and find her lemon cake recipe (as well as a few other desserts) in this 1982 story from the Washington Post.