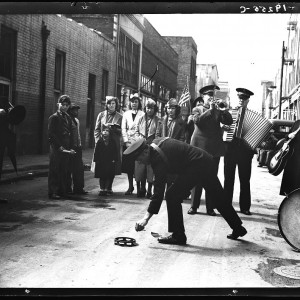 ’Tis the season for giving. And on this episode, we’re going to give you the history of that. The stories we’re working on explore gifts in the American past and consider how ideas about charity, philanthropy and generosity have changed over the centuries.

Sometimes, it paid to be poor — but not too poor. In earlier days, philanthropy had humble aims: to foster community and put the idea of charity out of business. Along the way, we’ll also look the questionable notion of the “free gift,” the idea of reciprocity in Native cultures, and the back story to the Salvation Army Santas.