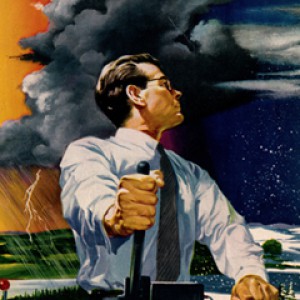 100 years ago this week, the thermometer in Death Valley, California, hit the highest temperature ever recorded anywhere in the world: 134°F. This year, it’s edging closer to that mark than at any time since, and with a brutal heatwave hitting the Southwest it might just get there. With superstorms, massive wildfires, and deadly tornadoes in recent months, people are asking if this is the new normal. But how did people respond to extreme weather in the past?

In this week’s episode, the hosts explore “historic” weather in historic time: everything from the year without a summer (1816), to experiments with rainmaking in the later 19th Century, to extreme weather as entertainment in the 20th – courtesy of Coney Island sideshows. And they look to the major questions raised by major weather events: what kinds of disaster responses have been useful and which ones have been, well, disastrous? And how much is any “natural disaster” entirely down to nature?