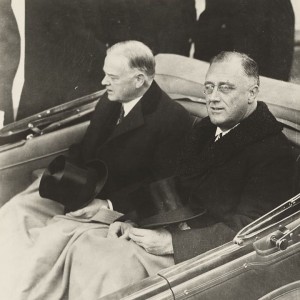 What Barack Obama accomplishes in his first hundred days remains to be seen, and yet pundits are already talking about him in the same breath as Lincoln and FDR. In this hour of BackStory, the Backstory hosts look at presidential transitions, and ask whether they deserve all the attention they tend to get. First, historian Michael Holt discusses James Polk and other lesser-known presidents whose accomplishments outshine their reputations. Then, producer Catherine Moore recounts the story of America’s first inaugural parade. Last, Henry Haller, White House chef through five presidencies, talks about the differences between cooking for Democrats and Republicans.