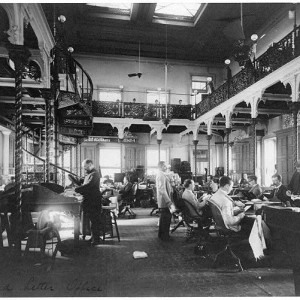 Two hundred years ago, there was no such thing as the “workplace” — and the tools of one’s trade were rudimentary by today’s standards. Since then, of course, America has witnessed the Industrial Revolution, the rise of white-collar work and, now, an age of digital devices that allows the workplace to follow us everywhere. So on this episode of BackStory, from utopian visions of the cubicle to video surveillance in law enforcement, the hosts size up some of the stuff Americans have worked with — and, in turn, how that stuff has shaped the lives of American workers.