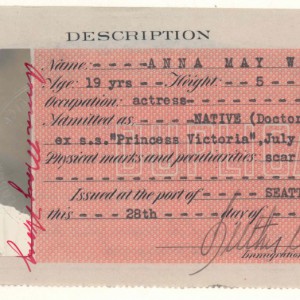 Around three quarters of a million people applied to be American Citizens in 2017. But what does citizenship actually mean? The way Americans have defined citizenship has changed over time and many have found their citizenship challenged, undermined, resisted and even revoked. On this episode of BackStory, Brian, Nathan and Joanne discover the path to citizenship has never been easy.