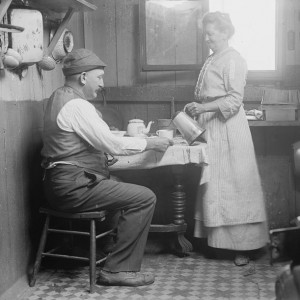 Three square meals a day – we’re used to hearing this when it comes to dining. But for many of us, eating is as much about socializing as it is about finding the perfect nutritional balance. On this episode of BackStory, the hosts recover from their Thanksgiving feasts by looking back over the history of mealtime in America. From Victorian table manners to the battle over the federal school lunch program, how have our ideas about meals evolved?