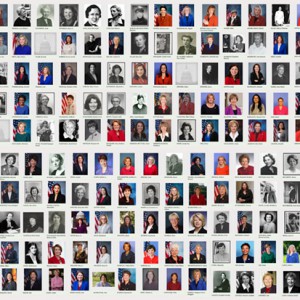 Today, 131 women serve in the House and Senate, making Congress the most female and most diverse it’s ever been.

But women in politics continue to face an uphill battle. Even after their election, Congresswomen such as Alexandria Ocasio-Cortez and Rashida Tlaib have faced criticism for their choice of clothing and language. One radio commentator in Atlanta even suggested Lucy McBath should “go back to the kitchen.”

We look at the history of “women in Congress,” how much progress we’ve made and how much work lies ahead.