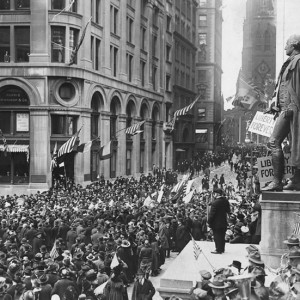 On November 11, 1918, Germany formally surrendered to the Allied Powers, about 19 months after the United States entered the conflict. On this episode, Brian and Nathan reflect on how, 100 years later, “the war to end all wars” is still with Americans.