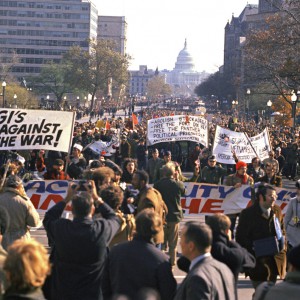 Critics of the war in Iraq compare it – rightly or wrongly – to Vietnam. But there’s no disputing that like Vietnam, this war has split the nation down the middle. It’s enough to make one yearn for earlier times, when the nation united against a common enemy. Or did it? This hour of BackStory is about what happens on the home front when America goes to war. The hosts are joined by author Nicholson Baker, and a three-star Marine general, to explore the question of whether any American wars have not been controversial.