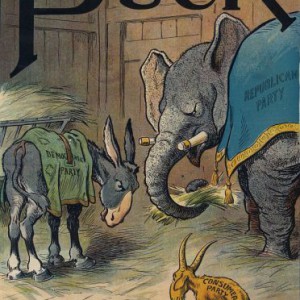 Donald Trump has clinched the Republican party presidential nomination, and some political pundits wonder if his nomination represents a watershed for the GOP.  On this episode of BackStory, we unpack the origins, evolution, and reinvention of the Grand Old Party.  From its birth in 1854 by anti-slavery activists in the North, to the party of small government and low taxes, we look at how the Republican party has reinvented itself at various points in its history.