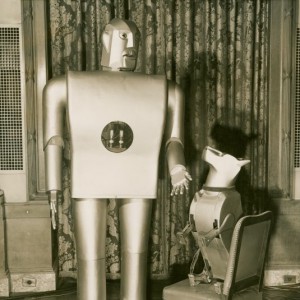 It’s 2016. So, where are our jetpacks? Our hovering skateboards? Where are our colonies on Mars? And what about the totalitarian dystopia?

For as long as anyone can remember, Americans have pondered the possible future—from the flying cars and 3-hour workdays of The Jetsons to World War III and nuclear holocaust. And sometimes, we’ve made those dreams come true—or at least, we’ve tried. On this episode of BackStory, Brian, Ed and Peter kick off the new year by asking what past visions of the future can tell us about the times that conjured them.