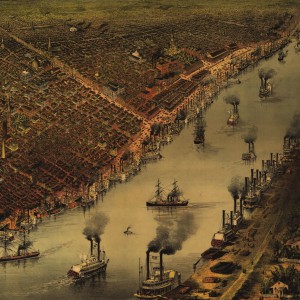 The Mississippi River is central to the American landscape and imagination. And for centuries, it has served as a battlefield in which our most complicated social and economic struggles have played out. So in this episode, the hosts set out to explore the Mississippi’s mighty imprint on American life.

From technological tales and political intrigues, to the personal stories of those caught up in the river’s thrall, they discover the crucial role the river has played in the American story – how access to its waters has both united and divided the country, and how it has always proved resistant to our full control.