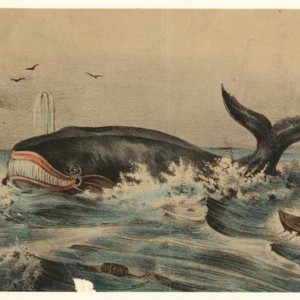 Whale deaths are reaching record numbers in 2019. According to the National Oceanic & Atmospheric Association, gray whale deaths are “notably greater than the average” and have led the NOAA to declare the occurrence an Unusual Mortality Event (UME). In addition, NOAA considers the death rates of North Atlantic right whales an urgent conservation crisis leading the U.S. to begin working with Canada this month to help protect the species.

Brian, Nathan, Joanne and Ed uncover the story of Cabin Boys who were women in disguise, find out why a decomposing whale was turned away from a Midwestern Town, and learn all about the Black whaler and entrepreneur who became one of the wealthiest men in America.