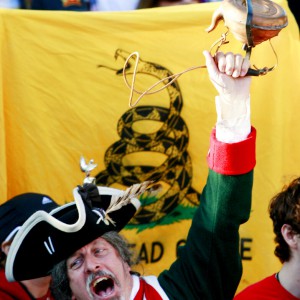 The founding fathers have never really gone out of style. But there are times when their popularity surges. Times like now, when conservative protesters routinely take to the streets with three-cornered hats and “Don’t Tread on Me” flags.

In this podcast, the Backstory hosts take a closer look at the Tea Party Movement, and ask what, if anything, 2010 has in common with 1773. They also consider what the history of American populism portends for the Tea Party’s future.