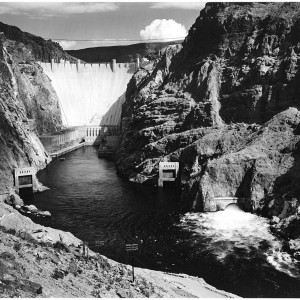 The western United States is in the grip of a punishing drought. Reservoir levels are dropping, and farmers are struggling to ensure their access to water for crops and livestock. Consider California. According to a water scientist at NASA, the state has only a year’s worth of water left in its reservoirs. Some scientists even fear the West has reached “peak water” — the point at which water resources simply can’t keep up with water usage.

In this episode, Brian, Ed and Peter look at how Americans have managed access to water across the generations. From early legal struggles over natural waterways to the shared irrigation systems of New Mexico, they’ll consider how Americans have divvied up water rights for private profit and public good. And they’ll dive into the debate over who could and couldn’t use swimming pools in the 1920s.