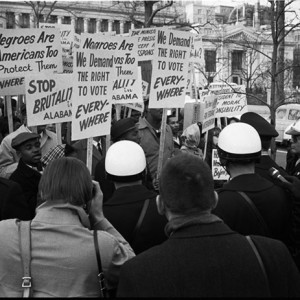 The election of Donald Trump set off a seemingly continuous wave of protests across the country. This is just the latest surge of resistance. Past protests have included varied groups – from the Tea Party to Occupy Wall Street. On this episode of BackStory, Ed, Nathan and Brian look at the central role that political protests have played throughout American history.