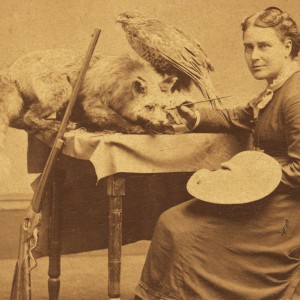 The holidays are upon us and we’re more than a little obsessed with stuffing – just not the kind you eat. On this episode of BackStory, Ed, Brian and Nathan find out about the father of American natural history dioramas, talk to a man with a condor in his freezer, discover how a mischievous raven connects Edgar Allan Poe to Charles Dickens and unravel the extraordinary story of the man who proposed stuffing the Founding Fathers.