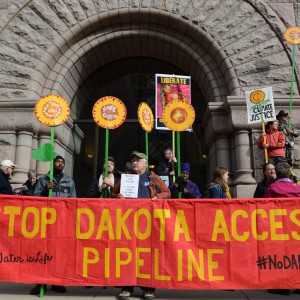 In 2016, protests broke out at Standing Rock – a reservation in North and South Dakota – to block the construction of the Dakota Access Pipeline. Indigenous peoples and other activists opposed the pipeline because they believed it violated sacred sites and threatened to contaminate the Missouri River, a major source of drinking water in the region. Taking social media by storm, the #noDAPL movement quickly became an international headline.