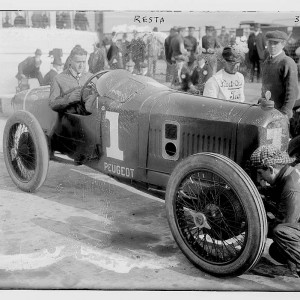 For the 99th running of the Indianapolis 500, BackStory goes into overdrive with a show all about speed in America. How fast — and slow — has life moved in different eras? And how has the pace of social change, well, changed over time? Join Brian, Ed and Peter as they head out to the racetrack, the ballpark and the trading floor … and hustle from the halls of the Supreme Court to the speedy courtrooms of Reno, Nev. — once the divorce capital of America.