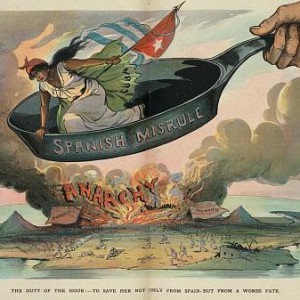 No sitting U.S. president has visited Cuba in nearly 90 years, but this month President Obama will do just that. This historic visit could signal a new chapter in U.S.-Cuban relations.

In this episode, Peter, Ed and Brian consider dramatic moments in U.S.-Cuba relations that reflect Cuba’s outsized influence throughout American history. Over the course of the hour, we’ll consider several major episodes in US-Cuba relations, including the filibustering expeditions of the 19th century, the Spanish-American War of 1898, the Cuban Missile Crisis of 1962, and the Mariel Boatlift of 1980. In each case, they learn that the episode’s standard storyline gets a whole lot more interesting if you dial its starting point back in time.