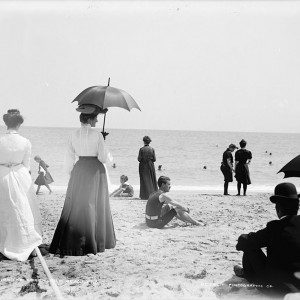 Spring Break is here and BackStory has gone to the beach. Ed, Joanne, and Brian dip their toes into four tales from America’s shoreline. We’ll talk about race, health, and daringly provocative woolen swimsuits. And the hosts will add their own experiences of the beach as a weird, magical place.