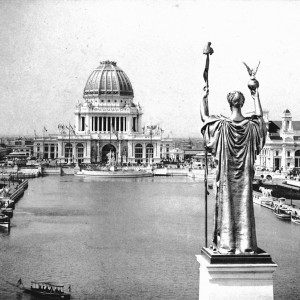 The World’s Columbian Exposition opened 125 years ago this month. Known today as the 1893 Chicago World’s Fair, it put the emerging United States and its host city on shining display. So, on this episode, Joanne, Ed, and Nathan explore the fairgrounds. They’ll discuss how electric power – a new experience for many Americans – illuminated the White City. And they’ll consider how this presentation of American progress came at a cost.

BONUS
Check out this 3D recreation of the 1893 World’s Fair made by UCLA: https://www.youtube.com/watch?v=CSDusnazo8s