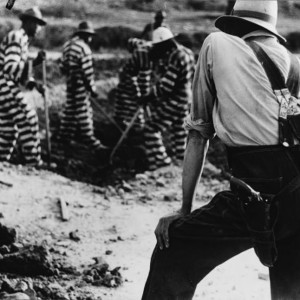 For the first time in history, more than one in every 100 American adults is behind bars. For African-Americans, that figure is one in 15. In this hour, the Backstory hosts ask whether we’ve always been so fond of the lock & key, and look at how our prison system has been structured in the past. Washington DC Corrections Director Devon Brown discusses the racial disparity, and historian Rebecca McLennan explains why 19th century prison labor was not only central to America’s penal system, but also to its economy. And we head out to the side of the highway to speak with some members of the local jail’s work gang.