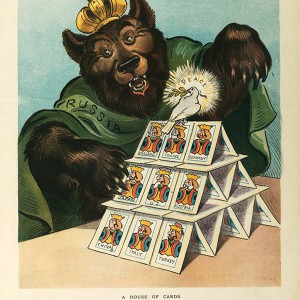 In recent years, the White House’s relationship with the Kremlin has dominated the headlines in America —  from Syria to Ukraine. According to CNN, Vladimir Putin denounced last night’s U.S. airstrike against Syria (a response to a Syrian chemical weapons attack earlier this week) as “aggression against a sovereign state in violation of the norms of international law.” In addition, an FBI probe into whether the Trump campaign colluded with Russians in the 2016 election has turned into a full-blown political scandal.  It can be tempting to view these events through the familiar lens of the Cold War, but in this episode, Joanne, Ed and Brian probe the deeper history of our relationship with Russia — and discover moments of comity as well as conflict.