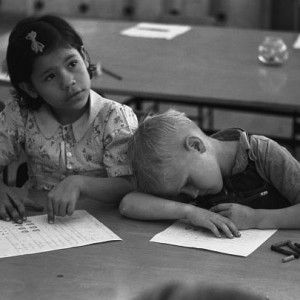 In 1983, the Commission on Excellence in Education published A Nation at Risk, comparing low educational standards to a kind of warfare against youth. But hand-wringing over our school system is an American perennial, going all the way back to the Founding. In this episode, the American Backstory hosts explore the origins of public education, and ask whether we set ourselves up for disappointment by expecting so much from our schools.