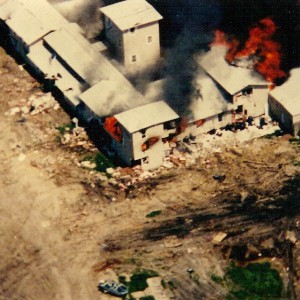 This year marks the 25th anniversary of one of the most infamous law enforcement confrontations in American history: a bloody stand-off between federal agents and an apocalyptic Christian group known as the Branch Davidians near Waco, Texas. In this episode, Brian and Ed explore the 51 day siege, and what the Branch Davidians actually believed.

This episode is sponsored by Paramount Network’s presentation of WACO.