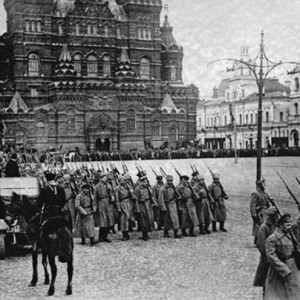 One hundred years ago, Vladimir Lenin and his Bolshevik Party seized power in a revolution that would change the world. They would establish the world’s first Marxist state, the Union of Soviet Socialist Republics, a few years later. As the 20th century wore on, the USSR became the United States’s chief military and ideological foe. On this episode of BackStory, Brian, Joanne, and Nathan explore how that distant revolution had an immediate impact in the United States.