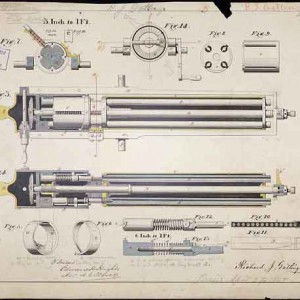 This past week, a federal judge handed down lengthy prison terms to four former Blackwater security guards in the massacre of 14 unarmed men, women and children in Iraq in 2007 — a terrible reminder that not all is fair in war. Pope Francis meanwhile made headlines for labeling as “genocide” the mass killing of Armenians in Ottoman Turkey during World War I. And in recent years, America’s targeted drone strikes against terror suspects has raised questions about what is and isn’t an appropriate means of waging war.

So what are the “rules of war,” and who gets to decide them? In this episode, Brian, Ed and Peter look at how past generations have answered those questions. They explore the role the Civil War played in defining modern warfare, and, earlier, the violent battle tactics of European colonizers versus American Indian ways of war. And with the Syrian government facing accusations that it used toxic chemicals in a bombing raid on its own citizens, the hosts consider what made the use of chemical weapons taboo in the first place.