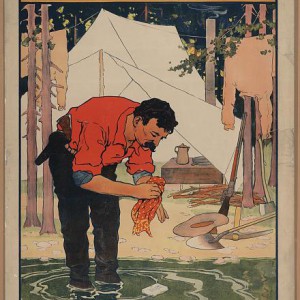 “Cleanliness is next to godliness,” we say, and Americans have long associated good hygiene with moral and spiritual purity. But we haven’t always thought of what it is to be “clean” in quite the same ways.

So in this episode, we dig into the changing ways Americans have defined what it is to be clean. We’ll meet an 18th-century Pennsylvania woman who didn’t immerse herself in water for 28 years, and ask how Americans like her kept clean without getting wet. We’ll also hear about the campaign to clean up New York City in the mid-19th century, and question the extent to which germ theory really revolutionized sanitary practices. And we’ll consider a dark chapter in the history of cleanliness, when social reformers in the early 20th-century set out to “sanitize” America’s racial profile.