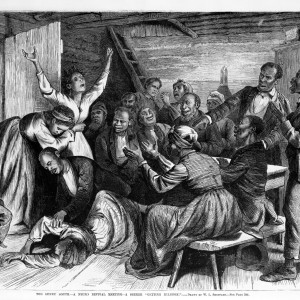 For Christians all over the world, the Easter season is a time of renewal, rebirth and reflection. Here at BackStory, it’s our chance to reflect on the history of religious fervor in America. This time on the show, Brian, Ed and Peter journey in search of upswings in spiritual energy across the generations — from the First Great Awakening of the of the early 1700s, to the era of broadcast faith-healing.

Who fueled these revivals? What do evangelical movements say about the times in which they unfolded? Why did huge masses of people suddenly “get religion”? And what do these recurring moments of religious revitalization say about the role of faith in America… and the character of its believers?