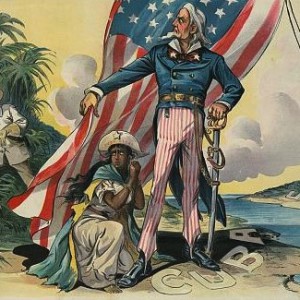 In 1898, President McKinley called for war with Spain to liberate Cuba from the “barbarities, bloodshed, starvation, and horrible miseries now existing there”—offering a humanitarian justification that has underpinned other interventions, from Haiti in 1915 to Libya in 2011. But in 1994, President Clinton took a stance against intervening in Rwanda, even as the scale of the humanitarian crisis there became clear. As we mark the 20th anniversary of the Rwandan genocide, BackStory takes on the history of humanitarian intervention.

Where does the idea of a humanitarian obligation originate? When and why has the US felt justified to intervene in other nations’ affairs? And how have these interventions shaped Americans’ attitudes toward the world — and the world’s attitudes toward us? These are the questions that Brian, Ed, and Peter explore in this episode, looking to history to help us make sense of America’s international role.