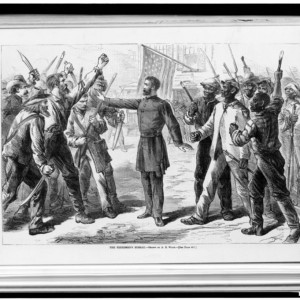 Reparations for African-Americans has been a hot topic on the presidential campaign trail, with Democratic candidates including Kamala Harris and Elizabeth Warren coming out in favor of compensation for unpaid African-American labor.

But the debate around reparations is nothing new. In fact, it goes back centuries.

On this episode, Nathan, Ed and Brian explore the complicated – and often contentious – history of reparations, from the first mass reparations movement led by Callie House, an ex-slave, to a unique moment when African-Americans in Florida received compensation for the destruction of their community.