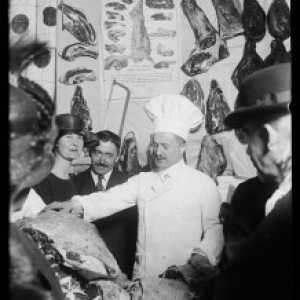 Eating meat is a time-honored tradition in America. Whether it’s a 4th of July BBQ, a TV dinner of Salisbury steak or a plate of Hawaiian musubi, meat has always had a big place on the national platter. But over the years, changing technologies and tastes have altered which meats Americans consume. As millions of folks fire up their grills this summer, the hosts will look back on America’s long love affair with all things meat. How did we get from smokehouses and stockyards to cellophane-wrapped meat in supermarkets? Why do we love hot dogs so much? And in the era of modern appliances, why do we still insist on grilling steak, wings and burgers on on open flame?