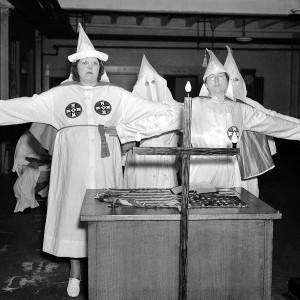 White supremacy has been in the news a lot recently. It is often seen as a movement at the fringes of American society, and discussion of it rarely includes white women. But women play a critical, if overlooked, role in the white supremacy movement, and examining their involvement shows it to be far less fringe than many think. So on this episode of BackStory, Brian, Nathan and Joanne dig into the little known history of white women and white supremacy.

Stephanie Jones-Rogers, “They Were Her Property: White Women as Slave Owners in the American South” (2019)

Thavolia Glymph, “Out of the House of Bondage: The Transformation of the Plantation Household” (2008)

Karen L. Cox, “Dixie’s Daughters: The United Daughters of the Confederacy and the Preservation of Confederate Culture” (2003)