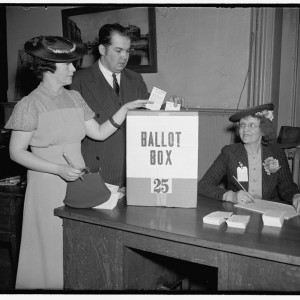 If the record TV viewership of the Clinton-Trump presidential debates is any guide, voter turnout for the November election could reach levels not seen since the Gilded Age.  It’s easy to be nostalgic for the consistently high voter turnout in the late 19th century, until you consider all the people who weren’t eligible to vote back then.

In this episode of BackStory, the Backstory hosts look at voting trends – from the changing mechanisms of voting to how the electoral college system maintained racial hierarchies in the South.