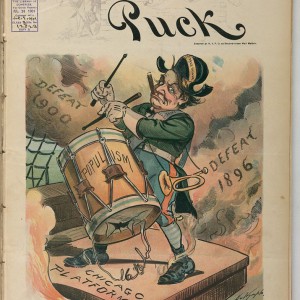 Donald Trump and Bernie Sanders have packed the stadiums as they make their case for the 2016 Republican and Democratic presidential nomination. Many pundits have labeled them 21st century “populists.” But invoking the “voice of the people” is a tradition as old as the country itself.

On this episode of BackStory, the hosts trace populism’s influence on American politics—from mob justice in colonial Massachusetts to the White House’s first outsider, Andrew Jackson. BackStory will explore how farmers built a mass movement around monetary reform in the late 19th century and how politicians have capitalized on the tradition of riling up the masses. How have populist movements inspired—and sometimes frightened—the electorate? And how does populism impact our politics today?