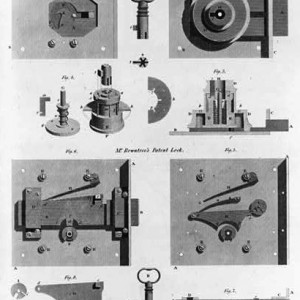 Can genes be patented? Are downloaders inhibiting musical creativity – or enhancing it? Questions about “intellectual property” are everywhere today – but what exactly is intellectual property? And what are these kinds of rights supposed to achieve? In this episode of BackStory, the American Backstory hosts look to the past for answers.

Where the Constitution gave Congress the power “To promote the Progress of Science and useful Arts” through a patent and copyright system, the hosts uncover how industrial piracy actually propelled the economy of the early Republic – and with the Government’s stamp of approval! We hear how an author’s copyright used to extend little further than the letters on the page, and why it has come to embrace so much more. And as the Supreme Court gets ready to rule on gene patents, the hosts get perspective from the first scientist to patent a living organism.