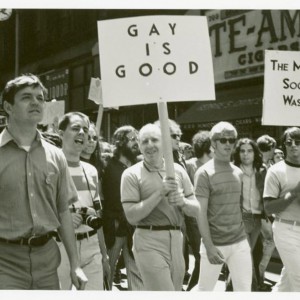 Brian, Nathan and Joanne explore the history of the LGBTQ community in the U.S., from tales of gender fluidity in the Old West to early gay liberation, and from the political career of Harvey Milk to the barrier breaking career of one SFPD cop.