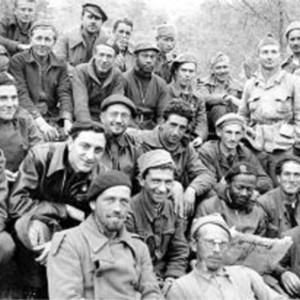 An estimated 200 American volunteer soldiers have joined the fight against the Islamic State. They’re part of a much longer tradition of freelance fighters, like early 19th century American privateers who fought in Latin America’s wars of independence and those who participated in the Spanish Civil War. On this episode, Ed, Brian and Joanne explore when and why Americans signed up to fight for other countries’ causes.