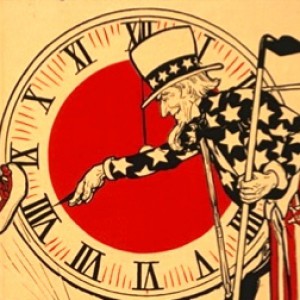 As we switch the clocks to “spring forward” this week, we’re taking a look at time itself in American history. In this episode, we look at the changing ways Americans have experienced the 24-hour day — from pre-industrial times right on up through today’s era of time-shifted media. Along with their guests, Peter, Ed, and Brian examine the role of economic forces in shaping our relationship with the clock – like the powerful Gilded Age railroad officials who got together in 1883 and carved the continental U.S. into five time zones, introducing Americans to the idea of “standard time.” And they explore how people have experienced the rhythm of night and day — and why the advent of electric lighting changed that rhythm forever. And finally, they ask, is unlimited time always a good thing? A loving look at basketball’s iconic “shot-clock” offers answers.