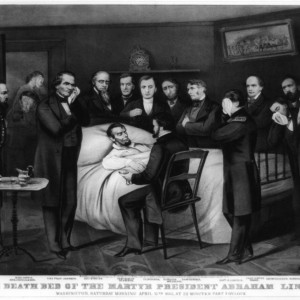 On the night of April 14, 1865, Abraham Lincoln was shot at Ford’s Theatre. He died early the next morning. It was the first time a sitting president had been murdered. On this episode of BackStory, we mark the 150th anniversary of Lincoln’s assassination by exploring how his death came to pass — and how a changed nation moved forward.