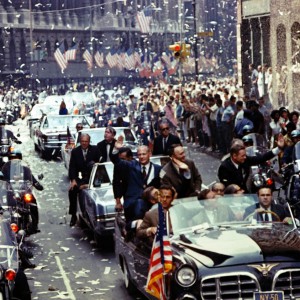 In celebration of the 50th anniversary of Apollo 11, BackStory launches into the history of America’s race to the moon. We’ll hear from flight director Gene Kranz about what it was like in Mission Control during the moon landing. And we’ll explore a kind of Apollo nostalgia that has crept into movies and other forms of pop culture. Plus, stay tuned throughout the episode to hear from our listeners about their memories of the moon landing.