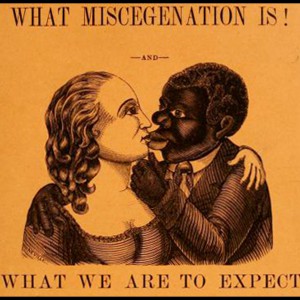 In this episode, Joanne, Brian, and Nathan discuss stories of love that challenged social norms and transcended class, race, and gender. They explore how people subverted laws banning interracial marriage, and why a wave of heiresses running away with their coachmen caused a moral panic in the Gilded Age.