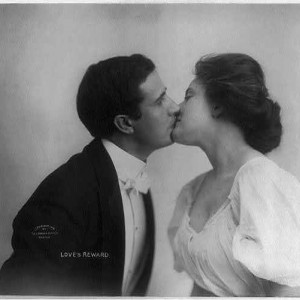 Considering the stereotypes about Puritan New England, you might be surprised to learn that sweethearts in the 18th century were not only allowed to sleep together before marriage – they were encouraged to! The catch? They had to do it within the parents’ home. It was known as “bundling,” and although sex was theoretically not involved, the practice coincided with a huge increase in premarital pregnancy. By the end of the century, 1/3 of all brides were pregnant by the time they reached the altar.

In this episode, the Backstory hosts explore three centuries of pre-marital intimacy. Did economic considerations used to play a greater role in coupling? In what ways have dating practices challenged class & racial boundaries? Has the idea of “romance” itself morphed over time?